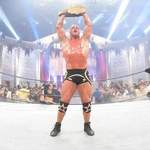 I love Wrestling, always have since I was a little guy. I also love Volleyball, Basketball and Football.

I currently do not write articles as of write now, but I do check out stories on the site.

Any questions, ideas or just wanna chat, hit me up, I am all ears and very friendly.