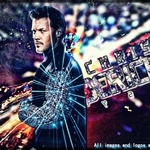 Y2J is the best

I truly and wholeheartedly believe that Chris Jericho is the best wrestler in the history of professional wrestling, do you understand what I'm saying to you, right now ? CM Punk may claim to be God but we all know that that title belongs to the one and only, the true savior, and, most importantly, the true best in the world, Chris Jericho.

Y2J does not have any awards.

Y2J is not a member of any communities.