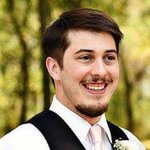 My name is Curtis Finchum, I am a student at Oklahoma State University and I am proud to be Cowboy. I played college basketball before ending my career earl. I enjoy basketball both at the collegiate and professional level and I love music as well. Everything is it's own art, which makes it all the ultimate form of creativity imaginable.