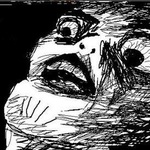 Wilt Chamberlain is the G.O.A.T. This article pretty much sums it
up: http://bleacherreport.com/articles/1217186-nba

I don't use this anymore, so I might as well reveal my secret... this is my account: http://bleacherreport.com/users/1828751-magic

Also, for those questioning his ability to play in today's game. Let's start with his strength. Those who see pictures and videos of Wilt think that because of his slender frame that he was weak and He bench pressed over 500 pounds in his prime, that's more than SHAQ. Another misconception is that all Wilt could do was dunk, that is also false. His signature moves were actually finger rolls and fadeaway jumpers. Those who saw his older, larger, slower self question his stamina, speed and endurance. Wilt was a track star in college, setting multiple records and in one year he averaged over 48 minutes per game in a much more physical and fast paced game than today with a lot of running up and down the court. And get this, he didn't foul out AT ALL the entire season. ANOTHER misconception is that he wasn't athletic like the players of today. Wilt had a 48" vertical...that's higher than Michael Jordan himself. On top of that, standing at 7'1" without shoes, Wilt had a 7'8" wingspan, 3 inches longer than 7'6" Yao Ming.

I've been banned, I asssume for picture comments

Samir does not have any awards.

Samir is not a member of any communities.