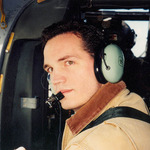 Steve is a professional photographer working for the DoD. He'd be more than happy to take a job working for the New England Patriots doing pictures for them...hint, hint.

Steve was born and raised in New Hampshire, and moved away when he joined the Army in 1994. He now resides in upstate New York with his wife, two kids, two cats named "Pat" and "Wes", and his dog "Bruschi". Despite moving and living in NY, he's still a Pats fan, and has always been a Pats fan. He'd move if he ever landed a job doing pictures for the Pats though...hint, hint.

Steve is nothing more than a Pats fan living a dream, enjoying the winnings of the Pats since 2001, specially since he remained a loyal Pats fans through the "not so good years", and through the one and two wins per season years.

Steve is also a moderator in the Patriots section at www.TheScoreBoards.com Check it out-Pats fans are specially welcome-help the Pats area grow!