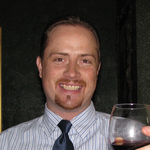 Media resume: Live Radio interview on "Wake Up Call with Hollaway and Lundun" 1120 KPNW in Eugene, Oregon on Friday June 11th, 2010 regarding NCAA conference realignment and the Pac-10 expansion.

I am a lifelong Denver Broncos fan that grew up idolizing John Elway. My love for the Broncos has turned into a greater fascination of NFL football, the business, the teams, the draft (I am a HUGE draft junkie), and in turn college football in general. I am also very proud of the fact that my beautiful wife, Deserae, had the honor to sing the national anthem at the ground-breaking ceremony for the new Invesco Field at Mile High Stadium in 1999.

I have followed my home-state Colorado Buffaloes since the tragic and magical years of 1989 and 1990. I love to follow the NCAA teams, recruiting, conferences, and comment on the BCS system.

I have been a Colorado Avalanche fan since they arrived and am an inline hockey player. I play fantasy football and hockey, and commish a great keeper league in both. I came on here to find better research and educated opinions than you can find on message boards.

Aside from football and hockey, the only other sport I follow is MMA, and I watch every fight that I can (UFC, Strikeforce, WEC, Bellator, and sometimes Dream).

I had the honor of throwing out the first pitch at a Colorado Springs SkySox (AAA) game in 2005. Yes, I one-hopped it, and yes I was embarrassed.