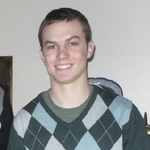 Daniel Kock graduated from the University of Tennessee, Knoxville and received his degree in Journalism & Electronic Media. He is from Johnson City, Tennessee and is an Atlanta Braves, Green Bay Packers, and Tennessee Vols fan.