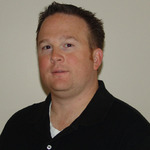 Bleacher Report NFC South Lead Writer Knox Bardeen previously was a Rapid Reports Correspondent for CBSSports.com. He has been a sports journalist for Fanball, AOL's FanHouse, Comcast Sports Southeast and the Macon Telegraph. He co-authored a book "100 Things Falcons Fans Should Know & Do Before They Die."

Knox is not a member of any communities.