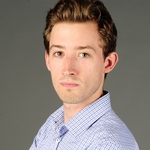 I love writing about sports, especially football. Manchester United is my team - a love passed down by generations before me.

I usually try to watch every EPL game during the week so don't be afraid to hit me up with a question or just to chat about the greatest league in the world.

For those vaguely curious, I speak with a Manchester/London/Kiwi hybrid accent.

- Football is life... everything before and after is just waiting.