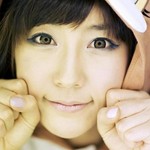 "Owen Coyle ideology is fantastic and is humble... also fosters a good rapport with his players..." - Robin S(uperficial) in his support of Owen Coyle to replace Arsene Wenger

"He (Owen Coyle) hasn't yet got a chance to manage a BIG club, thus, we should give him a chance (to manage Arsenal) - - Robin S(uperficial) .. yea~ we should give someone a chance since he had yet to manage a big club.
http://bleacherreport.com/articles/643432-owen-coyle-not-arsene-wenger-should-be-arsenal-manager

"Thanks, having the title of no.1 superficial Arsenal fan is better than no title at all" - - Robin S(uperficial) .. the words a loser would say.

"other managers was sack when the team don't win a trophy" - - Robin S(uperficial) .. yea~ we should just follow blindly what other club does...

"Liverpool are on a spending spree and once they settle down could become a force to reckon with once again." - - Robin S(uperficial) in Nov 2012.. we shall see.

"In terms of defense, Koscielny has been the worst signing for Arsenal in quite a while. " -- Mohamed Eldin Masri (Arsenal community leader here on B/R)
http://bleacherreport.com/articles/523248-arsenal-conclusion-game-against-spurs-proves-wenger-cant-spot-quality-defender

"Bayern's expanse and income is the same as Arsenal. Bayern won 4 league titles when Arsenal won non in the past 7 years."- SaveTheGunners AxeWenger
Well done.. comparing BPL with bundesliga

"Samuel Mensah praising a Arsenal performance, this is a collectors items " -- Charlie Nnamani

only does not have any awards.

only is not a member of any communities.