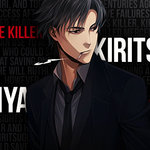 1. Chinmay will always have the best articles
2. Rafa Phoenix is EVERYWHERE
3. GSM will always finish with "GSM out"
4. Terry Carroll will always be the king of the United section
5. Big Nasty's articles are nasty
6. Sharon Glencross is secretly in a relationship with Dave Meltzer
7. Andy Soucek is the most positive writer ever!
8. Ryan Dilbert is the current KING of the WWE section
9. Best football analysis in the world = Sam Tighe's articles!
10. Richard Werrell has an awesome beard!
11. Finally Jon Fisher has come back…. TO B/R
12. No you aren't going crazy, those slideshows always end before the last slide... (yes it's retarded)
13. Have you seen LesllyyxBerllyy?! DAT SMILE O.O
14. Undeadwarrior is actually alive (Respawn LOL) (She has a thing for me...)
15. Matt and Ben are sisters...
16. Tyson Jones was tag champion...... NOW HE'S UR ECW CHAMP O.O
17. The most common name on here... "Nicole"
18. The "props" button has gone MIA
19. Here at BR, nobody truely dies... they just make another account.
20. Apparently WWE superstars have the time to make B/R accounts..
21. BEWARE: Dave Kuhn. the Bundesliga fanboy
22. Rachel, Lauren, and Donald are related! They're known as the Woodies!
23. Alden Heathcliffe the grandmaster of WWE fans
24. Durantula... aka Mr Puntastic :P
25. Lil Ray-Ray Jr had awesome cornrows... but they're gone :(
26. Bobbi needs to fix her bulletin board
27. DO NOT trust the likes in the comment section... they lie to you!!
28. Donovan Griffin has the longest....replies... ever (no joke, 3 pages on Word)
29. If anyone asks for a fan add... ITS A TRAP.
30. The IWC bandwagon are NEVER happy
31. CM Punk is worshipped on this website
32. The most common question asked on this site "will Cena turn heel?"
33. The new comment section layout.... sucks....
34. A Dean Ambrose/CM Punk match would cause an IWC civil war... yes, the end of us..
35. Nobody is a good champion, everybody is better chasing the title (IWC logic)
36. If you say the word "soccer", you WILL be crucified
37. Ziggler looks good getting beaten up, therefore he's world champion material (IWC logic)
38. There is a secret competition for the best profile pics... I always win (but you NEED a pic)
39. And the award for the coolest person in the FOOTBALL section goes to... ABZ!
40. Troll so hard? When encountering a troll, FEED IT MORE :P Its usually quite funny.
41. All the editors on this site are women O.O (they can correct me anytime XD)
42. You aren't being ignored, half the people here are AFK
43. Its hilarious how many people don't know they can inbox each other
44. The placement of the logout button is just obnoxious
45. There is a war between Messi/Ronaldo fans.. which side will you join?
46.The searchbar only finds writers... (DISCRIMINATION!)
47. In need of a good laugh? The Swagger section is for you!
48. Don't forget your popcorn when spectating an argument!
49. We need to take the polls seriously (PEOPLE DIED FOR THE RIGHT TO VOTE, COME ON PEOPLE)
50. Your bio is canvass for expression, USE IT
▬▬▬▬▬▬▬▬▬▬▬▬▬▬▬▬▬▬▬▬▬▬▬▬▬▬▬▬▬▬▬▬▬▬▬▬▬▬▬▬▬
"You know what your profile is like? New York City as it's very busy and very talkative. You got like fifty different chats with fifty different people. Yep just like New York. You probably got like ten percent of bleacher report's population on your page maybe more". - Divine Ken
▬▬▬▬▬▬▬▬▬▬▬▬▬▬▬▬▬▬▬▬▬▬▬▬▬▬▬▬▬▬▬▬▬▬▬▬▬▬▬▬▬
Just a Story:

It started off as an idea, that BR could be something more than what it was. I remember looking up some of the older and more popular writers who had left the site. There seemed to be so much more to this place before I "officially" joined in the late winter of 2011. Some kind of close knit community that was always buzzing with new ideas and articles. I wondered what it would take to bring it all back.

It was a small goal initially. I never thought it would actually work. Back then the profile pages were near deserted. All the old and fun writers and readers had gone, except for a handful (and they didn't even talk to each other). Conversation was always limited to sport's topics, profile's were all the same (the same old information), there was this emptiness about this place. I just wondered, what if we changed it? I made an effort to do something, a half hearted one... but failed. So I gave up and just went back to reading articles and commenting like everyone else, fading into the grey.

Later on however, somewhere in 2012 I caught the attention of the most respected users on the site (who would later become good friends of mine). These were the remaining users I had mentioned earlier, who had remained here after their friends had left. I decided to give my idea another go. I wrote a small bio which was different to everyone else's, I pointed out things on the site that I had noticed... and that everyone could relate to (this grew over time), gradually I began meeting more and more people who took notice of me. These people were enthusiastic about my observations, and were keen on suggesting some of their own. Soon people started writing their own bio's, ones that were unique and different. I guess people realized they could express themselves, and then use it as a stepping stone to meet more people. Readers who would have shared interests, which would in turn open up more discussion. But then there was a boom.

It didn't happen right away, it was more like an accelerated process... or kind of like a snowball that was tumbling down a mountain. There were so many messages that were continuously flooding my board and inbox. I found myself talking to so many people at once, people who had noticed me in the comment sections on articles, people who just so happen to find my bio when browsing around. Some messaged more often than others, some I preferred talking to more than others. It felt like I was making new connections all the time. We were all personalities without faces, it didn't matter where we from, it didn't matter if we never saw each others faces (or never knew what most people looked like). This place was coming back to life, and it felt like it had happened overnight .Everyone was suddenly unique, everyone posted more about themselves, there were bio's created that were far more creative than my own.

I suppose the best part was... It felt like you couldn't leave it alone for a second, I remember every time I'd take a break for a few days/weeks , I would come back to around 60 messages from all these different people. All the friends I had made. Suddenly this page wasn't a profile anymore, it became the centre of something. Something that was bigger than me. Because they weren't just talking to me, they were talking to each other.

We had created something, a phenomenon we had called "The Circle". A rapidly expanding web of friendships, with new users popping up everywhere. Usually they would find my page and send me message, and then suddenly find my closest friends messaging them on their own page. Like I said there were some I spoke to more than others, some would message every hour, some every other week. It was all good fun :) There were competitions, award ceremonies, fictional shows, there was always something new.
There was always something going on, a running joke, or maybe the mini wars between users, the moments of drama and.... romance LOL. This was a time which I consider the peak of my time here at BR, and I think many would agree and would be more than happy to talk about it. Even the old legendary writers that were here before me, the ones I had just missed; had returned and were more than enthusiastic about the atmosphere.

So by now you're probably wondering what happened, where did it all end? Well... nothing lasts forever I suppose. At first it felt like it would never end, that we could keep it going forever. But we all began to realize that things were ending just as rapidly as they began. Some of the users we were closer to, the ones in the "Inner Circle" were beginning to leave for good, one by one. Things began to decline as soon as people started to realize that the website itself was not as perfect as we thought. There's an inconsistency in the way that users are punished, and there is no appeal process. Just 3 warnings and then a perma ban. One of our close friends fell victim to the inconsistencies of the system, and left forever. This started a chain of events which would cause members of the inner circle to gradually leave.

It got harder to say goodbye every time, and meeting new people would never feel the same. We always were looking to replace the people we lost, and it's unfair to try force that on others. We were trying to keep it all together, but it just fell apart. There were fewer and fewer messages coming in by the day, the quality in writing dipped in dramatic fashion, every day there was just a new reason to leave for good. Don't get me wrong though, some people were moving on to better things. College/University was the common one, but there were others too. Moving to a different country, getting married on Christmas day, new business ventures. Everyone was ready to write a new chapter in their lives, including myself.

In the rare times that I drop in, I find myself looking back to what things used to be like. All the memories that flood into my mind. I see small remnants of what used to be, there are some that are still here. But the vast majority are long gone. I still talk to a handful of these people now and again. Others I've not heard from. I like to think that they're all happy, that all those faceless personalities found what they were looking for in life. I know I have :) ▬▬▬▬▬▬▬▬▬▬▬▬▬▬▬▬▬▬▬▬▬▬▬▬▬▬▬▬▬▬▬▬▬▬▬▬▬▬▬▬▬
✉The recent stuffs✉
- 12/04/2015: Derby day, had to login after an awesome result. Replying to messages :)

Dan does not have any awards.