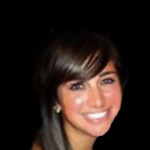 I'm Jess and I'm from Boston. I went to Boston College (which is why Matty Ice is my second-favorite quarterback in the world), then worked at NESN for a little bit after I graduated before moving on to Northwestern to pursue my graduate degree in journalism. Some of my other favorites in life include Al Skinner/Hand-on-Hip and predicting universe-altering postseason grand slams.

Jessica is not a member of any communities.