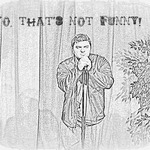 I graduated from UT-Austin in 2008 and live to teach and inspire. I speak Spanish.

I also boast substantive newspaper reporting experience and consider this an important distinction when differentiating the parts that comprise "the media." I believe in what newspapers do--even when the content needs improvement--because a lesser-informed public spells the apocalypse.

Pick up your local newspaper and read the front page instead of first flipping to the sports or comics sections.

I fervently support the Rockets and the Spurs. Manu Ginobili is my favorite athlete, and you need to know that above all else.

It isn't illegal to cheer for two division rivals. I promise.

When posing a question, follow this rule: Don't ask me about the PGA Tour, the NFL, NASCAR, the Stanley Cup Finals, that great high school football game last night, the U.S. women's curling team or the guy who just set a new pole vaulting record.

Want my opinion on a player or team from the MLB or NBA, or a pro cyclist? Shoot, but make sure your aim is better than Dick Cheney's.

Things that have prompted feelings of exultation in 2014: The Astros leaving their laughingstock ways in the dust, George Springer and a Spurs championship outfit that displayed teamwork and ball movement worthy of Smithsonian enshrinement. My writing privileges, it seems, have been revoked because of my extended absence. I last published a column when the Spurs conquered the Western Conference in 2013. Follow me on Twitter, and maybe I will pop up somewhere again.