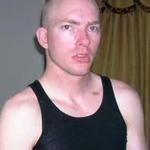 My name is Robb Humphrey. I am an ultimate Florida State Seminole fan, raised in Tallahassee and diehard advocate toward the rise of the Noles to the National Championships in all sports. However, there are several teams I do root for in the scheme of the game, so no haterz...

I serve in the U.S. Army, since 2003, enlisted in the Marine Corps in 1995 and am currently relaxing after spending time in the Iraqi sandbox. In my off time, and no I don't have a lot, I talk excessively about sports, try to play sports, and now am writing ABOUT sports. You should be honored, but I'm not worried either way; I'm just not worried about your opinion unless it is constructive and meaningful. I warn you now, fellow writers who dare to antagonize me, I have a very long fuse, so I may not blow up as quickly as some, but if you yank the chain of a sleeping dog enough, you may get more than you bargained for. I assure you my bite is a LOT worse than my bark.

I will say that mostly everything we hear now in regards to sports in general is whines, groans, and moans. Players in professional sports, coaches and staff, and the conferences make TOO much MONEY for the fans to not stick true. Its always, "the player did this", or "the coach did that", or the "referee called a bs call." I say play the damn game, shut your mouth, and support the players and the fans.

My whole point is that from what I have read thus far, there are some exceptional writers within these forums and I hope to contribute to those opinions as much as possible.