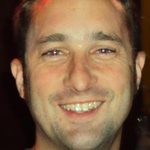 Born and raised in Columbia, Missouri, I've been a lifelong Mizzou fan and am dedicated to their top-notch coverage and insight. Want to know what's really going on with Mizzou football and men's basketball as well as a solid take on all sports from St. Louis to Kansas City? Give me a follow on Twitter @irwinsports