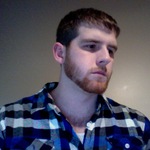 The ultimate MMA enthusiast, mixed martial arts has been a passion of mine since I saw Chuck Liddell beat down Tito Ortiz in their first encounter. Since then, I have been hooked on the sport.

That is not to say that I do not love other sports, as I am also a die hard Chicago Blackhawks fan. I have been that way since I was a kid, long before the Stanley Cup bandwagon hoppers that plague the United Center on a game to game basis.

I am also a huge Chicago White Sox fan. As far as football is concerned, I root for the Chicago Bears and Tennessee Titans. Trolling Green Bay Packers fan may be the easiest/most amusing thing to do on Sundays, especially because I used to go to school five minutes from Lambeau Field.

I feel that is all the information that is worth sharing, as this is a sports website. Hope you enjoy my articles!

Riley does not have any favorite writers.