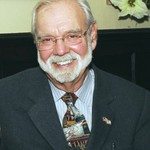 Stan Fischler, known as “The Hockey Maven,” serves as the resident hockey expert for MSG Network and MSG Plus. Every week he can be seen on MSG Networks’ comprehensive hockey show “HOCKEY NIGHT LIVE” where he provides pre- and post-game features and reports for the Rangers, Devils and Islanders. In 2011 Fischler collected two New York Emmy Awards, one for his weekly “Five for Fischler” segment, where he ranks five random hockey topics, and another in the Sports Reporter category. Fischler is also a regular contributor to MSG.com.

Fischler’s first job out of Brooklyn College was as a publicist for the New York Rangers during the 1954-55 season. Since then he has covered hockey either in print or in broadcast for over 50 years.

“The Hockey Maven” began his broadcasting career in Boston as an analyst for the New England Whalers of the WHA on WKBG-TV in 1973-74. In March 1975 he joined SportsChannel New York, now MSG Plus, and has been covering the metropolitan area NHL teams ever since. In 1988 and 1999, Fischler won five New York Emmy Awards for his work as an NHL analyst.

Fischler began his journalism career in the mid-1950’s, writing first for the Brooklyn Eagle and then for the New York Journal-American from 1955 through 1966. While at the Journal-American, he won numerous awards for his creativity in headline writing. In 1966 he took over as New York Bureau Chief for the Toronto Star, a post he held for the next 11 years.

Over the last four decades, Fischler has written for many publications, including The New York Times, Sports Illustrated, Sport Magazine, Newsweek and Hockey Digest. In 1962 Fischler’s article on Eddie Shore, which originally ran in Sports Illustrated, appeared in two compilation books of exceptional writing: The Realm of Sport by Herbert Warren Wind and Press Box: Red Smith’s Favorite Sports Stories. His writings have also been selected for inclusion in the book Best American Sports Writing of the Century, published in 1999. His latest publication, co-authored with Glenn “Chico” Resch, is entitled Who’s Better: Rangers, Devils, Islanders or Flyers? Fischler’s prose can also be found in The Hockey News, where he serves as a guest columnist, and in The Weekly Fischler Report, the only 52-weeks-a-year hockey business newsletter.

With the help of his wife Shirley, Fischler has authored or co-authored more than 90 books on the game, including The Hockey Encyclopedia, Everybody's Hockey Book, The New NHL Encyclopedia and most recently MetroIce: A Century of Hockey in Greater New York, focusing on the Rangers, Islanders and Devils franchises. Fischler’s other passion is the New York City subway system and its history. He often writes about transportation and recently authored The Subway – A Trip Through Time on New York’s Rapid Transit.

Fischler, a Manhattan resident, holds a master’s degree in education from Long Island University and has taught news and feature writing at Queens College, Columbia University and Fordham University. In January 1999 Mayor Rudolph Giuliani designated Fischler a Centennial Historian of the City of New York. When away from work, he enjoys bicycling, speed walking, hiking, reading and listening to Bob Crosby’s Bobcats.

Stan does not have any favorite writers.