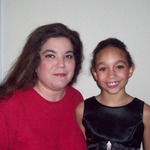 I'm a wife and mother and blessed to be a stay at home mom. Being a mom to my lil girl is my favorite thing!! I also love to read and write. I'm writing a Southern Humor book and it's going good. My husband is a river boat captain so that gives me and Leelee plenty of time and leeway for trouble!! I'm still looking for the perfect Margarita!! I am a HUGE Alabama football fan and have been since I was old enough to sit on my Daddy's lap and scream "Roll Tide!" My latest tattoo is the Alabama "A". I started writing on this site cause I love sports and I have a smart mouth and you have to admit the two go together hand in glove!!

mindi does not have any awards.

mindi is not a member of any communities.