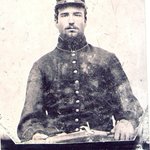 Mordecai Brown was the ace of the 1908 Chicago Cubs. (The last year the Cubs won the World Series). Hall of Famer. Record 239-130. Mangled his hand as a kid in farm equipment. Thus his famous nickname (Three fingered Brown). Many in his prime considered him and Christy Matthewson to be the premeir pitchers of their day.

I'm a father of 3 sons and 2 daughters. I'm a Son of the American Revolution. 3 college degrees, but consider common sense to be more important than education, at least intellectually. 4 of my children are college educated and my baby is a junior in highschool. I'm the husband to 1 wife and an avid baseball fan. I don't take myself too seriously and therefore I won't take you too seriously either!
My philosophy in life is to seize the day. Be big enough to own up to your shortcomings if your also going to take credit for your success. LONG LIVE BASEBALL !

You said it right Mr. Justice. I appreciate your perspective in the sense that you witnessed greatness only to have the wind knocked out of your sails by the realization the "raging competitive fires' were flamed with illegal juice.

The answer is NO. You don't let known cheaters into the Hall. It only diminishes the accomplishments of Ted Williams, Barry Larkin and Jackie Robinson.

There is one camp that says "They were so good before they got caught, they should be allowed to go in just because they were so good anyway". If that is the case we could just say "Pete Rose got all of his hits before he got caught" so we should just let him in on that theory. WRONG

There really is no category that is needed to describe the price of your soul. Whether it was Shoeless Joe Jackson, Pete Rose, Barry Bonds or Roger Clemens, it doesn't change the fact each one of these guys sold his soul for his own indivdual price.

As Mr. Justice mentioned, the users made conscious choices to be in the millionaires cheaters club. That was a choice they made not to be in the Hall of Fame club.
Catch 22. Let him keep the award and in no way do you deter the behavior other than a suspension. Make him give it back and it sets precedent.

I believe if a player tests positive he should not be allowed to receive or keep any personal awards in the year he cheated.

Mordecai does not have any awards.

Mordecai is not a member of any communities.