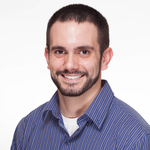 I graduated in 2008 with a BA in English from the University of Southern Maine. I am presently the AFC East divisional blogger for Bleacher Report. I also cover the Patriots and the AFC East for Boston.com.

I started out as an editing intern here on Bleacher Report in 2009, and then became a New England Patriots Featured Columnist in January 2010, before being promoted to AFC East lead writer in February 2012. I have held positions with NESN (new media intern) and Cold, Hard Football Facts (Patriots beat writer/contributor), and am currently a Patriots/AFC East blogger for Boston.com/The Boston Globe.

I also co-host the PatsPropaganda and Frenz podcast with Mike Dussault of PatsPropaganda.com. Find the podcast here: http://www.blogtalkradio.com/patspropaganda