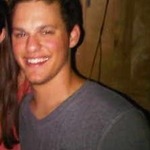 Mike is a Breaking News Writer for Bleacher Report. He also contributes to Sports Talk Florida as the Florida Gators Insider. His work has been featured on CNN.com, Los Angeles Times and Sign on San Diego online.

Named after Michael Jordan, he hoped to become the next MJ until he realized he could only touch the rim on a Nerf hoop. Now he looks to wow audiences with his prose and turn some heads in the B/R community.