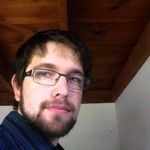 Graduated from St. Olaf College with a Bachelor of Arts degree in English, Kevin Berge is a Featured Columnist for Bleacher Report who is an avid WWE fan always looking to start up a discussion. He has been writing for Bleacher Report since 2011 as well as several other sites including Wrestle Enigma and Questionable Critics.

Follow him on Twitter for live reactions to WWE shows, thoughts on the latest news, as well as discussion on writing and entertainment in general: @TheBerge_. You can also check out http://www.questionablecritics.com/ for Kevin's reviews on TV and movies as well as weekly reviews of Monday Night Raw.