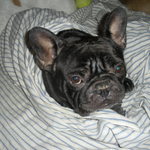 Married to a South Carolina alum (a split household) and proud father of two Bulldogs -- one English and one French. (My oldest, Winston, just passed on Aug 19, 2010.)

I have a passion for sports and write as a hobby, though I appreciate any opportunity to share my thoughts with others. If you disagree with my perspective, let's have a rational discussion about it; a good debate can be a healthy thing.

I'm currently a Performance Improvement and Outcomes Analyst at a major transplant center. Though I'm a general sports enthusiast, the sports I follow most closely are NCAAF, NCAAB (Men's and Women's), NFL, NHL, and NASCAR.

It's time to get restarted here on B/R as the Chase nears and NCAA football and basketball get rolling soon. GO HEELS!