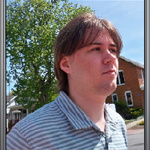 A Fond Farewell to B/R:

Five years ago, when I was a senior in journalism at Middle Tennessee State University, I stumbled upon a Craigslist ad for fan-based sports bloggers at a little startup called Bleacher Report. Being a Michigan native with Michigan sports alliances, I jumped on it, since the alternative was a dead-end position at a newspaper writing about Tennessee sports. My first piece was one in which I defended former Lions QB Dan Orlovsky in the midst of the infamous 0-16 season.

I can never thank B/R enough for giving me my true start in sports journalism. I grew with them, honed my craft with them, even obtained a Master's Degree from Michigan State University while working with them. But all good things must come to an end, and B/R and I simply grew in different directions.

As a result, I have written my last with Bleacher Report, but I wish them well, and know they will continue to have great success. Special thanks to Ty Schalter, Mike Schottey, Collin McCollough, Sam Tighe, Aron Glatzer, Mike Sudds, and anyone who ever happened across an article of mine here on B/R. You guys, as well as a bunch of others I should also be mentioning, have made the last five years here an incredible experience.

And for concerned readers, fear not! I will continue to cover the Detroit Lions, just as you're accustomed to, with Zac Snyder and the SideLion Report (www.sidelionreport.com). Head over there to check out my latest, and make sure to follow me on Twitter (@Dean_Holden), where I pledge to spend a lot more time than I have in the past. And yes, I will talk to you during Lions games, and even play Fantasy pick-'em games with you, just go to http://sidelionreport.com/2013/08/14/detroit-lions-fans-play-fantasy-games-with-sidelion-report/.

Thanks for the memories, B/R. It's been real.