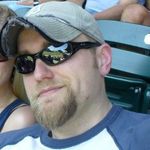 I am a displaced Detroit sports fan living in Portland, Oregon. As such, I generally write on all Detroit sports topics including the Tigers, Lions and University of Michigan and am the Featured Columnist for the Detroit Pistons. In addition to my duties with the Pistons, I also cover the rest of the NBA and of course my adopted home town's team, the Blazers. I began writing for B/R in 2008 and have enjoyed being a part of this exceptional site. I graduated from Hope College in 2004 with a B.A. in history, psychology and education.