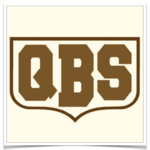 His third interview with Terrell Owens was featured on:

It was also featured on: Boston Herald and Examiner.com

Professional inquiries can be directed to his email at: bleacherreporter@yahoo.com