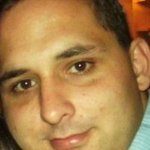 I was hired on by Bleacher Report as a featured columnist prior to the start of the 2011 NFL season. I have enjoyed two years of growth with a company that is among the best to be associated with in the sports world.

Prior to getting this gig, I was a front page writer for Niners Nation.

Outside of my work here at Bleacher Report, I am the head sports editor over at eDraft, an up-and-coming multi-sport outlet.

I also co-host a radio show from 12-2 PM PST on Monday and Wednesday and own Pro Football Nuts.

For media requests you can contact me at vincent@edraft.com and vincentfranknfl@gmail.com

Vincent is not a member of any communities.