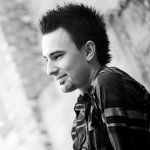 Nathaniel Garcia is a 22 year old California native currently in school working on finishing his degrees in Communications, Religious Studies and Philosophy.

From a young age Nathaniel loved watching and playing sports. By the age of five he was already quoting stats, arguing with his friends and family about who the best teams and players were, and perfecting his golf swing.

Once junior high rolled around Nathaniel was playing competitive sports and his favorite television show was Sports Center. In high school Nathaniel began making his first attempts at being a writer. He began by writing poetry and short stories for his english composition classes.

Now in college Nathaniel hopes that he can establish a successful career in sports journalism.

In an attempt to bolster his writing portfolio he began writing for BleacherReport.com in July 2011. He was recently accepted to Bleacher Reports Sports Journalism internship in San Francisco, CA and hopes to eventually write for Bleacher Report in a "staff" capacity.

Nathaniel is also a musician in the Sacramento area, enjoys camping, surfing, snowboarding, and is an amateur photographer.