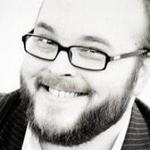 Steve was born and raised in the Bay Area, and as such, was brought up with the Three Great Truths about sports:

1. Every team from Los Angeles sucks.

2. Every team from New York sucks.

3. The East Coast Bias is real, and thanks in large part to the Eastern Seaboard Programming Network

He roots for the A's, Niners, Spurs (the ones from London), Sharks, Quakes, Warriors, and Cal Bears. One remnant of his family's pilgrimage from out of the midwest to the Golden State last century still lingers... an unabiding love for all things Notre Dame. He can't shake it, try though he has.