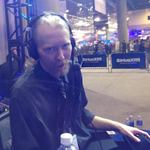 A member of the Fantasy Sports Writers Association and Pro Football Writers of America who resides in Columbus, Ohio, Gary has been featured on a number of fantasy websites and in nationally circulated publications.

These publications include the USA Today Fantasy Football Preview and the magazines distributed by Fantasy Sports Publications Inc., for whom Gary is a both a contributing author and associate editor.

Gary is a two-time FSWA Award finalist, and his article "To Gronk or Not to Gronk" was honored by the FSWA as the 2015 Print Article of the Year.

Gary also appears regularly on Sirius XM Radio (including live from Radio Row at Super Bowl XLIX), KDUS Radio in Phoenix, Arizona and is the co-host of The Fantasy Football Feeding Frenzy, a weekly podcast on Blog Talk Radio.

Gary was one of the co-founders of, and Head Writer at, Fantasy Football Oasis before joining Fantasy Sharks as an IDP Senior Staff Writer in 2011.

Gary joined Bleacher Report in 2011 and is now an NFL Analyst for B/R, covering the latest happenings in the National Football League and reporting on how they affect the fortunes of fantasy football fanatics everywhere.

He knows football. Or so he's heard.