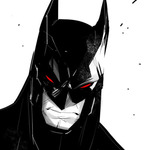 I see myself as a deep thinker, straight up honest and outspoken. Yes, I'm a sports
addict digging b-ball, football, tennis, soccer occasionally and MMA. Unfortunately,
the same cannot be said regarding golf, hockey, horse racing and rugby tho. Sure,
back in early 90s/ mid 00s, Nascar kept me locked at times. The rule changes and
chase format ruined the experiences. Playoff meetings, the World Series and even
home run derbies are acceptable 2 me. But... I still consider baseball an old fashion
sport... I rather play it than watch. Plus, I gotta love-hate relationship with pro
wrestling. Boxing is pretty much dead to me. Like it or not, MMA is the future.
Opinion wise, following sports entertaining events ( live ) is very promising and
electric. So I expect every single game to be off da chain. Also, I appreciate the
athletes ( even some I can't stand ) busting their asses 2 perfection and ultimate
glory. Yeah, it's damn near impracticable for me 2 gloss over true athletic ability,
ferocity, charisma, rough competition in any division and true greatness. Me? I'm
just a regular working guy sunk deep into legit competitiveness and speak what
I think is factual.

DG does not have any awards.

DG is not a member of any communities.