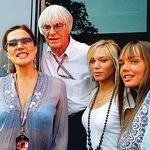 A BATracer.com team of multi-national sportswriters, family and friends from the web's best sportswriter's fan site www.bleacherreport.com. Our stellar coverage of Motorsports is recognized around the globe.

We race together on BATracer.com as both teammates and as rivals, just as we write together here on B/R. BATracer offers simulated competition in various skill levels, years and classes of Formula 1, Indy Car, Champ Car, Toyota MR2 Classes, Le Mans Enduro Series, V8 Supercars, BTCC Challenge, BAT Seven and many more classifications. There will be future releases of new car sets including a hotly rumored NASCAR Challenge.

Come join your clan and race with your fellow B/R writers;

We are clan 'Bleacher Report' on www.batracer.com/-uc ...and those are our daughters.

Clan Bleacher Report does not have any awards.