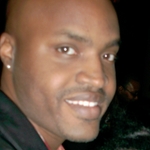 I'm a hired gun (actually, I use a keyboard, microphone and webcam) ready to share my thoughts on just about any sports-related topics. Specifically, I find enjoyment discussing the details of combat sports, hoops, Chicago sports, Daily Fantasy sports and sports video games (that's a lot of sports, isn't it?)

Want to shoot me an email about business? Here you go: franchiseplay@gmail.com