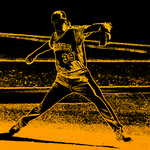 Hello, my name is Nick DeWitt and I'm one of the Featured Columnists for the Pittsburgh Steelers on Bleacher Report.

As a Steelers FC, I've had the pleasure of covering one of the NFL's best teams and most involved fanbases. I also write a weekly feature ranking NFL coaches based on how safe they are in their jobs.

As a FC, I've had several articles published or linked on CBSSports.com and other major sports websites.

In addition to my work in sportswriting and teaching, I'm an accomplished photographer with several award-winning works in the Pittsburgh area. My photographs have been used in various publications and I specialize in (not surprisingly) sports photography.