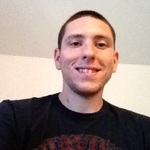 My name is Mike Chiari and I'm a writer for Bleacher Report's Breaking News Team. I'm a 25-year-old graduate of Buffalo State College from Buffalo, NY, and I've been part of B/R's BNT since 2011.

I specialize in wrestling and hockey, although I have written about essentially every sport imaginable during my time at Bleacher Report.

I have also served as co-host of wrestling podcast Ring Rust Radio since 2012. I have had the honor of interviewing many of the biggest names in wrestling as part of RRR, including "Stone Cold" Steve Austin, Chris Jericho, Kurt Angle, Bruno Sammartino, Jim Ross, Paul Heyman and many more.