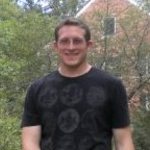 A regular contributor to multiple English Premier League sites and blogs aside from his SWOL and BR weekly assignments, he also maintains his own website www.thomasatzenhoffer.wordpress.com and you can follow him on twitter@thedailyatz or on Facebook.

His education and life experiences have helped him to get to where he is today, along with his amazingly supportive fiancé. Thomas holds a bachelors of science in both History and Entrepreneurial Business from Western Carolina University.