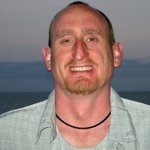 Rich is currently the Managing Editor for Sports Unbiased: http://sportsunbiased.com

Rich grew up in a small town in northwestern Connecticut. Then he spent 10 1/2 years in the United States Air Force, travelling the world and serving this great country.

He is an avid baseball fan especially the historical and analytical side.

Rich started out writing for Informative Sports, then moved on to the Sports Nickel (http://sportsnickel.com) and is now a MLB and New York Yankees Featured Columnist for the Bleacher Report as well.

Rich is an avid Yankee fan, but is able to analyze them and keep the homer goggles off while he does so.

He does his best to keep all his personal feelings and bias out of his writing - he calls it like he sees it.

He's very opinionated but if you can bring a strong argument you might just be able to get him to change his mind. He looks deeper into stats and doesn't just rely on what the numbers are - he will always try to ask, why are the numbers that way?

Rich figures out who the greatest players in baseball history at each position are and then ranks them overall for the Sports Nickel: http://sportsnickel.com/2010/07/16/mlbs-greatest-players-by-position/

Rich has recently started publishing ebooks. Check out his titles at: http://www.lulu.com/spotlight/richstowe and check out his first eBook "From Abused Puppy to Beloved Family Member: The Life Story of Jacob the Rottweiler" on iTunes: http://itunes.apple.com/us/book/from-abused-puppy-to-beloved/id459079735?mt=11 and now on Amazon: http://www.amazon.com/dp/B005J4Z8OU/ref=cm_sw_r_fa_dp_smQvob1C5EQM8