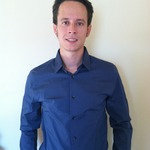 Mick currently lives in fabulous Las Vegas, NV, where he is working towards his BA in Journalism and Media studies at UNLV.

Mick writes mainly about boxing for Bleacher Report, but enjoys writing about college basketball, the NBA and NFL as well.

Mick's boxing work earned him an auxiliary membership to the Boxing Writers Association of America.

Aside from Mick's work as a boxing writer for B/R, Mick has done work with Bleacher Report's TNT writing team and covered high school sports as an independent correspondent for the Las Vegas Review-Journal.

Mick was the beat writer for the Las Vegas 51's, the former Toronto Blue Jays and current New York Mets Triple-A affiliate, for FutureJays.com/Insidepitch.com (part of Scout.com and the FoxSports.com network) during the 2011, 2012 and early 2013 seasons.

As the beat writer for the LV 51'a Mick has interviewed multiple players now playing in the Major's, including Brett Lawrie, Zach Wheeler and Travis Snider.

Mick also interned for UNLV's sports media relations department from where he helped with various sports, but mainly men's basketball and football, where he wrote numerous cover feature stories for the teams gameday programs.

Mick's an avid boxing fan, and a huge Chicago Bulls, Philadelphia Eagles and UNLV Runnin' Rebels basketball fan. He hopes to someday write for one of those three teams beats or somewhere in the sports world full-time.

Check out Mick's work as the Las Vegas 51's (Toronto Blue Jays Triple-A affiliate) beat writer during the 2011 and 2012 seasons on: http://bluejays.scout.com/