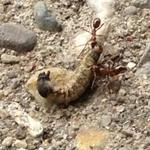 Originally from the Illadelph but currently around the Champaign-Urbana (IL) area. I still follow a lot of Philly sports but I am more open to following other cities and sports, especially in sports I partake. At this point consider from when I started b/r and how it changed since my 4 year hiatus I'll probably write op-eds, a la Jason Whitlock on ESPN now. Maybe even break new ground on some other sports, even if the views turn out to be low.

I believe sports is like music in society, providing a reason for a person to be passionate about a common thing as other individuals. With that said I have some proclamations to make:

Randall Cunningham was my first sports hero so it took a few years for Donovan McNabb to win me over. Since he did I would probably be his biggest defender of his playing career on Bleacher Report.

Allen Iverson was the greatest showman on the court due to his crossovers and his heart. However, his ego did more than anything else to end his playing career.

Was sad to see Aguodala traded away with a first round pick for Bynum, but hey we got MCW, Noel, and hopefully a high draft pick for 2014.

The Phillies finally gave my generation a championship to celebrate, and for that I am thankful. And then hitting was sacrificed for high-priced pitching, did we really need Roy Holladay with Lee and Hamels?

For the Flyers, never should have traded Bobs.