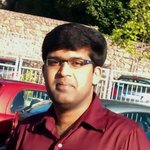 I am Tishan Varghese,basically from India,living in Ireland and a die hard Liverpool fan.I love to play soccer,read articles,never get enough of soccer news,transfer gossips, transfer stories and cheer to the core when Liverpool FC is on the field. Being a true and huge Liverpool fan,I closely watch all the games . I normally go through and see all the league games in Europe and cover most of the leagues ranging from Spanish League, Bundesliga along with Italian Serie A, French, Dutch, Russian and Portugese leagues. I love to write articles,travel a lot,cheer my club and very friendly by nature.

TISHAN does not have any awards.