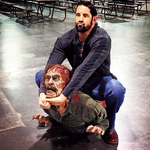 Bad King does not have any awards.

Bad King is not a member of any communities.