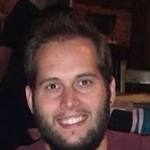 Thanks for checking out my profile.
My name is Ian and, like many others, truly love football. Since you came this far, I'll give a little more insight about my background.
I completed my undergraduate degree at Ashland University and my master's degree at the University of Houston. Although my goal is to become a scout in the NFL, I also enjoy working in student services at the university level.
I cover the Miami Dolphins here at Bleacher Report, and also provide defensive back scouting reports for the NFL draft. My goal is to be unbiased, fair and informative with my articles and research.
I'm also a scouting consultant for the CFL and NFL with my work for Optimum Scouting. As the lead scout for the Big Ten, American Athletic Conference and the Southern Conference, I'm able to provide in-depth scouting reports that are seen by many professional teams. It's something I'm very passionate about and hope to obtain a NFL internship to further my goals.
We do weekly film breakdowns on my Twitter account, so join me there as we look at the game in a more intelligent manner. I strongly believe that the film bears truth, so swing by as we delve in!