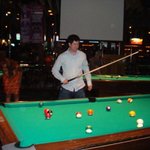 If you're a fan of the NFL checkout these stories from this website http://www.gridirongreats.org/stories/

Instead of maybe going to a game donate some money instead to a great cause as the NFL has turned its back on former players!

Please check out my blog http://tscwriters.blogspot.com/