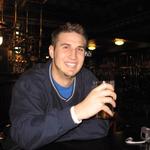 Hello Bleacher Report! My name is Taylor Green. I spent the first 18 years of my life just outside of Wichita, KS. I attended college at Baker University in Baldwin City, KS. I received a Bachelor Degree in Business Management and a Bachelors Degree in Accounting and Finance while at Baker University. I was also a member of the Kappa Sigma Fraternity while I attended Baker.

After college I moved to Dallas, TX, where I have lived now for 4 years. I currently work for BDO USA LLP, a public accounting firm, and I am in pursuit of my CPA license. I am also the co-founder and controller of 6G Systems. 6G Systems is an online personal training service that allows you to maximize your own potential by having programs specifically designed to meet your needs according to your personal profile, facilities used, and desired goals.

I spend my free time at the boxing gym and writing articles for Bleacher Report. Most of my articles relate to my beloved Kansas City Chiefs. Both of these activities are fairly new to me, but I love them both. I get the physical fix that my body needs from boxing, and the mental fix that my brain needs by writing.

I consider myself a very logic based writing. I try my hardest not to just write what comes to my mind, but rather research and find support for my claims or support to disprove my claims.

By reading just a few of my articles, it becomes apparent that I am a very passionate Kansas City Chiefs fan. I get my passion for the Chiefs from my mother and father. As long as I can remember my parents house has always been a shrine to the Kansas City Chiefs. I like to argue that there is no family has more Chiefs pride then mine. I mean not many families have a Kansas City Chiefs Arrowhead in their yard that can be seen from Google Earth. If you want proof, or would simply like to see the arrowhead, message me and I will send you a picture. It truly is a work of art. Go Chiefs!!!