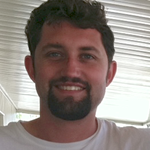 Born and raised in the lovely little town of Santa Rosa, Calif., Ryan went to San Diego State for college once his wings grew out. He entered the school when administration was making a concerted effort to shed its image of Playboy's Top 10 Party Schools. Ryan would like to thank SDSU for restricting students from hauling kegs up dorm stairways-if that had continued he surely would still be in school.

Ryan went on to graduate with a B.A. in journalism. He's worked for the Healdsburg Tribune and Windsor Times in California, freelanced for the San Francisco Chronicle, wrote music reviews for OregonMusicNews.com while he was in Portland, and appeared in an increasing amount of sports blogs.

Ryan joined Bleacher Report in hopes that journalism is still alive and well (in some form or another), and find a place to interact with readers in a positive, constructive manner. Ryan hopes everyone likes his articles and they find him to be an intelligent, witty young man...with a quill of gold.