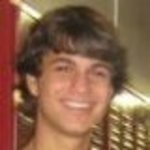 Jess K. Coleman is a sportswriter and a weekly podcast host. He was born on January 26, 1994 in New York City.

In July 2009, Jess began covering the New York Yankees with a blog on MLBlogs.com, and his entries were featured on the MLB.com homepage multiple times. In the fourth month of the blogs existence, it became the fifth most visited blog on the entire site.

In January 2010, Jess came in contact with ClassActSports.com, a new, innovative sports analysis Web site. Jess was the most read columnist on the site for all the six months he spent there.

Jess was then accepted as the New York Yankees Examiner at Examiner.com in June 2010. He was a leading provider of New York Yankees news, and his analysis is still published on the site. Jess also spent time as a reporter for The Tribeca Trib, a local newspaper, reporting from local sports games and writing game recaps.

During the next three months, Jess teamed up with Seamheads.com, BleacherReport.com, Sports-Central.org, and BronxBaseballDaily.com.

At BleacherReport.com, Jess, among hundreds of applicants, was accepted as a featured columnist in September 2010, and was a top five Yankees columnist for three straight months. For Seamheads.com, he wrote a review of Strike XI by Paul Londardo.

In October 2010, Jess founded Bronx Weekly, a weekly newsletter that features his top analysis of the week. (Terminated in January 2011.)

After appearing as a guest on What’s on Second: The Seamheads.com Radio Hour in November 2010, Jess became the co-host of the show along with Steve Lenox of 1050 ESPN New York. He has interviewed guests such as Jordan Kobritz of bizofbaseball.com, Cory Provus, play-by-play announcer on WTMJ-AM and the Brewers Radio Network, and former Major League Baseball reliever Bob Locker.

Jess’ article written in response to the Vernon Wells trade to the Angels was featured on CBSSports.com’s MLB homepage in January 2011. Jess was also chosen as the host of A Bite Off The Big Apple, a weekly podcast focusing on the New York Yankees and New York Mets.

Jess is 17 years old and lives in New York City. His work is currently published on BleacherReport.com, BronxBaseballDaily.com, Examiner.com, Seamheads.com, and Sports-Central.org, and you can listen to him live on What’s on Second: The Seamheads.com Radio Hour Monday nights at 9pm, Eastern.