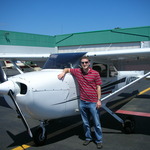 I love to read sports analyses and sports history. I enjoy reading the articles of the many talented writers here on B/R, and I especially appreciate those who try to write in as fair and unbiased as possible manner when dealing with favorite/hated teams. My primary interest is in the NBA, where the majority of my writings are bound to be about. But I also have interests in other sports as well--generally at the pro level.

Feel free to send me ideas for articles as I will consider them all. Thanks to everyone for your support.