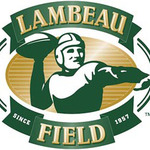 I have been a die hard Packer fan since 1960 and have seen many great players come and go.

Alan does not have any awards.