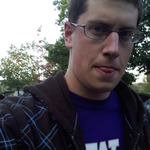 I'm 22 and a History major from the University of Washington. It is about as cliche as it gets, but I bleed purple and gold, especially when it comes to football.

My biggest area of concern on Bleacher Report is Pac-10 football, and getting it the respect it deserves. The SEC is only the best conference in the country because they know how to market themselves well and put their name up front.

Feel free to drop me a line with any comments or ideas for columns that you would like to see.