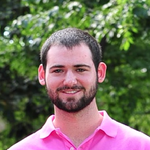 During my time with Bleacher Report, I've completed two writing internships and worked as a Featured Columnist with the college football, NCAA Basketball, Tennis and—most notably—NBA teams. I also worked as a Feedback Editor for the Advanced Program in Sports Media.

As you can probably tell, my focus now lies squarely within the NBA world.

After graduating, I moved from Athens to Denver, where I currently reside.

My expertise within the game of basketball lies in three areas: prospect evaluation, the sport's history and the statistical aspects of the game. I've developed several metrics during my time with Bleacher Report and plan to continue doing so.

I've followed sports my entire life, so whether it's basketball or some other one, never hesitate to hit me with a question, comment or discussion topic.